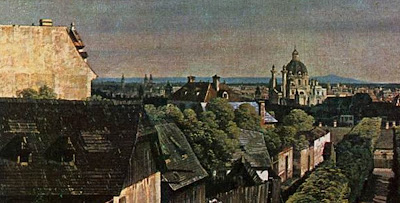 La idea de que Occidente innova y China manufactura ha dejado de ser cierta. China no solamente produce a precios competitivos, produce más ingenieros que nadie y tiene sus propios retos de innovación. El mundo es menos fácil de leer desde Europa, y sobre todo es menos fácil de aceptar. Recomiendo la lectura del artículo de Henry Chesbrough en Forbes:
“Today many think of China as the world’s manufacturing workshop, building designs from leading Western companies. Some alert businesses are already bringing products designed and developed in China back into the U.S., such as GE introducing a low-cost ultrasonic imaging device that was created in its labs in China. It is likely that we will see significantly more advanced technologies come out of China to be exported to markets around the world. So we need to get ready to compete with them. Or, better yet, we need to find ways to utilize this expansion of technologies to fuel our own businesses, as GE has already done.
How can we innovate, and compete, effectively? Chinese companies have their own challenges to overcome before they rise to the top rank of innovative businesses around the world. Because many of them are former state-owned enterprises used to doing everything themselves, they are not very open, and that will limit their innovation potential. The best companies today do not innovate solely with their own ideas and technologies; rather they search the world for the best ideas and technologies to incorporate with their own, to build new products and systems that solve real problems.”
http://www.forbes.com/2010/11/11/china-innovation-globalization-leadership-managing-strategy.html?boxes=Homepagechannels
(la imagen es de B.Bellotto)
We use cookies on our website to give you the most relevant experience by remembering your preferences and repeat visits. By clicking “Accept All”, you consent to the use of ALL the cookies. However, you may visit "Cookie Settings" to provide a controlled consent.
Cookie SettingsAccept All
Manage consent