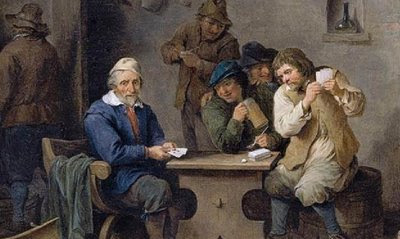 Seguir el blog de Gary Hamel siempre es interesante. Se encuentran extensiones de la filosofía de gestión descrita en su último libro de Future of Management pero también nuevas incursiones y comentarios más amarrados a la cotidianidad del magament. Entre los últimos post hay uno que hace días os quería referenciar Facebook Generation vs Fortune 500 http://blogs.wsj.com/management/2009/03/24/the-facebook-generation-vs-the-fortune-500/
Encontrareis 12 puntos bien sugerentes que os reproduzo a continuación:
1. All ideas compete on an equal footing.On the Web, every idea has the chance to gain a following—or not, and no one has the power to kill off a subversive idea or squelch an embarrassing debate. Ideas gain traction based on their perceived merits, rather than on the political power of their sponsors.
2. Contribution counts for more than credentials.When you post a video to YouTube, no one asks you if you went to film school. When you write a blog, no one cares whether you have a journalism degree. Position, title, and academic degrees—none of the usual status differentiators carry much weight online. On the Web, what counts is not your resume, but what you can contribute.
3. Hierarchies are natural, not prescribed.In any Web forum there are some individuals who command more respect and attention than others—and have more influence as a consequence. Critically, though, these individuals haven’t been appointed by some superior authority. Instead, their clout reflects the freely given approbation of their peers. On the Web, authority trickles up, not down.
4. Leaders serve rather than preside.On the Web, every leader is a servant leader; no one has the power to command or sanction. Credible arguments, demonstrated expertise and selfless behavior are the only levers for getting things done through other people. Forget this online, and your followers will soon abandon you.
5. Tasks are chosen, not assigned.The Web is an opt-in economy. Whether contributing to a blog, working on an open source project, or sharing advice in a forum, people choose to work on the things that interest them. Everyone is an independent contractor, and everyone scratches their own itch.
6. Groups are self-defining and -organizing.On the Web, you get to choose your compatriots. In any online community, you have the freedom to link up with some individuals and ignore the rest, to share deeply with some folks and not at all with others. Just as no one can assign you a boring task, no can force you to work with dim-witted colleagues.
7. Resources get attracted, not allocated.In large organizations, resources get allocated top-down, in a politicized, Soviet-style budget wrangle. On the Web, human effort flows towards ideas and projects that are attractive (and fun), and away from those that aren’t. In this sense, the Web is a market economy where millions of individuals get to decide, moment by moment, how to spend the precious currency of their time and attention.
8. Power comes from sharing information, not hoarding it.The Web is also a gift economy. To gain influence and status, you have to give away your expertise and content. And you must do it quickly; if you don’t, someone else will beat you to the punch—and garner the credit that might have been yours. Online, there are a lot of incentives to share, and few incentives to hoard.
9. Opinions compound and decisions are peer-reviewed.On the Internet, truly smart ideas rapidly gain a following no matter how disruptive they may be. The Web is a near-perfect medium for aggregating the wisdom of the crowd—whether in formally organized opinion markets or in casual discussion groups. And once aggregated, the voice of the masses can be used as a battering ram to challenge the entrenched interests of institutions in the offline world.
10. Users can veto most policy decisions.As many Internet moguls have learned to their sorrow, online users are opinionated and vociferous—and will quickly attack any decision or policy change that seems contrary to the community’s interests. The only way to keep users loyal is to give them a substantial say in key decisions. You may have built the community, but the users really own it.
11. Intrinsic rewards matter most.The web is a testament to the power of intrinsic rewards. Think of all the articles contributed to Wikipedia, all the open source software created, all the advice freely given—add up the hours of volunteer time and it’s obvious that human beings will give generously of themselves when they’re given the chance to contribute to something they actually care about. Money’s great, but so is recognition and the joy of accomplishment.
12. Hackers are heroes.Large organizations tend to make life uncomfortable for activists and rabble-rousers—however constructive they may be. In contrast, online communities frequently embrace those with strong anti-authoritarian views. On the Web, muckraking malcontents are frequently celebrated as champions of the Internet’s democratic values—particularly if they’ve managed to hack a piece of code that has been interfering with what others regard as their inalienable digital rights.
(la imagen es de David Teniers 1670)
We use cookies on our website to give you the most relevant experience by remembering your preferences and repeat visits. By clicking “Accept All”, you consent to the use of ALL the cookies. However, you may visit "Cookie Settings" to provide a controlled consent.
Cookie SettingsAccept All
Manage consent